A City in Flux: New modes of urban intervention in Cairo since January 2011 - Think Commons 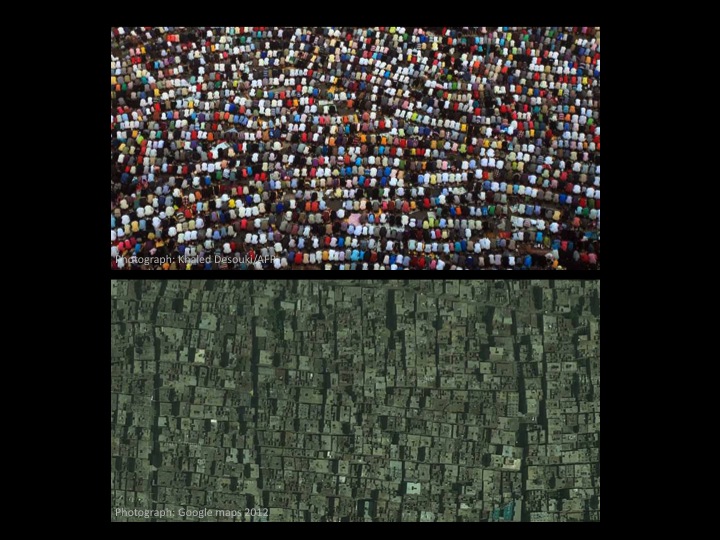 Next Thursday we will have a Special Session with a Special Guest, broadcasting – or should we say livestreaming  – from Madrid! It would be at 07:30 pm (Madrid time) and in English, so get your dictionaries ready and join us at https://thinkcommons.org.

If you are in Madrid you can attend the meeting in person. See you on La Nave (Av Daroca, 49)

A breakdown of the security apparatus in Cairo in January 2011 has since generated new modes of informal urban interventions in public space that in both kind and measure would have been unimaginable prior to these events. These types of activities range from the simple outdoor extension of shops onto the side walk, and peddlers taking over the street, on one end of the scale, to roadside development alongside highways and the construction by local communities of exit ramps to access the ring road, on the other. The same fluid condition has produced new forms of cultural and artistic expressions in public space, such as graffiti, street performances, art fairs and festivals in large squares.

Furthermore, walls, barriers, and barricades have been erected, some torn down, while others still standing—a testimony to a society divided and to ongoing ideological battles and street warfare.

This presentation attempts to share some documentation of these examples of a city in flux, experiencing rapid change and promising yet unpredictable future. It also offers a tentative hypothesis of alternative modes of urban development “from below,” whereby individuals and communities take the initiatives, then invite the state—that is increasingly weak and incapacitated—to take part in the formalization and legitimization process

Omar Nagati is a Ph.D candidate and a practicing architect/urban planner who currently lives in Cairo. A graduate of Cairo University, he studied and taught at University of British Columbia and University of California Berkeley, with a specific focus on informal urbanism. Nagati adopts an interdisciplinary approach to questions of urban history and design, and engages in a comparative analysis of urbanization processes in developing countries. He teaches Urban Design Studio at the Modern Sciences and Arts University in Giza and has recently cofounded CLUSTER, a new platform for urban research and design initiatives downtown Cairo.
Nagati has widely presented his research on Cairo in several cities and institutions in Europe and North America, including Bari (2003), Vancouver (2004), Venice (2006), Vienna (2007), Copenhagen (2007), Cairo (2009), Berlin (2010), Harvard (2010), Zagreb (2010) and Leeds (2012).

This site uses Akismet to reduce spam. Learn how your comment data is processed.

New modes of urban intervention in Cairo since January 2011

Kicking Off Commoning Lab by CivicWise